The concentration camp at Visco: a forgotten story.

Visco, in the province of Udine, is a tiny Municipality, among the smallest ones in Italy, as for its area. It is struggling with the way of enhancing some disused barracks, an issue having diverse aspects elsewhere as well.

Huge areas, rapidly degrading, still owned by the state, or by municipalities sometimes, are awaiting to be reconverted for civil uses.

In a shared situation, yet distinctive traits are a rule. Here an area of about 120,000 square metres straddles what had been a border for centuries and holds a concentration camp – nearly intact in its urban and architectural setting – set up by fascism to take in people swept up in Yugoslavia (February to September, 1943). 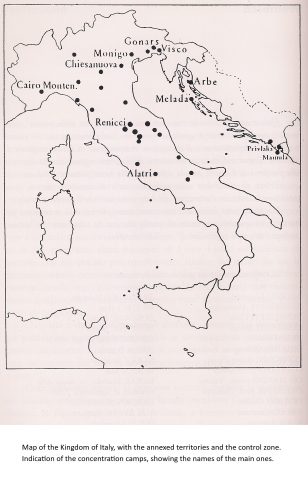 Some days ago the Italian Minister of Foreign Affairs, together with his German colleague (in 2008 – A.’s N.) visited the Risiera di San Sabba, in Trieste, and uttered noble words. Nevertheless the issue is different when entirely fascist camps are involved: we could use a rethoric, ornate, yet incisive image and say that sweeping the dust of history under the rug of time is still preferred.

Here we have six centuries of history that is unique, peerless, unapproachable, nearly unbelievable in its reality. We mustn’t lose it because of deliberate, stubborn ignorance, anxiously burying in a guilty way – manipulating history in order ro refrain from study and comparisons – rising cash in the local micro-environment, far away from a cultural chance, whose significance goes beyond the place, the region, the state.

Any way we look at it, even under an ideological – and thus partial – point of view, these few linear metres of soil (barracks today, a concentration camp in the past) open a world ahead of us..

We have to talk to it, otherwise it will turn into one hundred or so metres of soil, turfed here and there, proud of its ability to cover some areas, unaware of having dramatically accompanied some human fortunes.

Border; that word has resounded for ages, here.

Ancient Romans had even worshipped Terminus, the god of boundaries.

The Romans, who have become hostages of a nationalist mindset that flared up these years, a smoulder in the 19th century, “Spring of Nations”, or simply a disaster chased by a senseless superiority, demanding the “I do, you don’t!”.

Not a “good border”, as Celso Macor, a poet from Friuli, showed; not a local border, in sinergy with neighbouring countries. On the contrary that rough, questioning place patronizing superiority, which first asked peoples to account for their relationships, their living together..

This meeting with  readers floats on an ideological lightness (that is not superficiality). If it is lived well, it can lead to understand other people’s arguments, since the border substantialized acquaintance, personal stories, that have become social over the years.

When (early 16th century) we bordered Venice in the west and the County of Gorizia in the east, the Venetian-Latin world met the Slavic-German-Hungarian one. 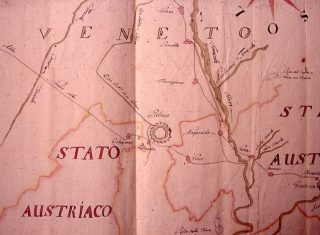 The border produced both positive (art, business in a small way) and negative relationships, such as contraband, banditry (that flourishes when states still keep old structures), some conflict starts provoked by the mighty in some particular times (trespassing, cattle raids, duty-quarrels, unfair tax collection…).

The situation was wavering during the Napoleonic period (1797-1815) and did not change after the war in 1866 and the fixing of the borders between the Kingdom of Italy and the Empire of Austria. The Archbishop of Udine, Baldassarre Rasponi, risked shooting due to a wrong Te Deum (thus Baron Sigfrido Baselli cut Te Deums out).

Officially the situation changed just in 1920, when these lands were annexed to Italy.

In the time lapse between those chronological poles all sorts of things occurred. The magnificent town-fortress of Palmanova was founded (1593) and gradually wiped out the prestige of Gradisca with a hit-anthill-effect.

A changeable, fluid border over the Napoleonic Age, it regained stability after the Congress of Vienna (1815) as a dividing line between the Kingdom of Illyria in the east and the Kingdom of Lombardy-Venetia in the west, still within the Austrian Empire (Austro-Hungarian Empire since 1867).

In 1915 this land was occupied by the Italians and the place where the barracks stand today was used as a hospital, at first with tents. 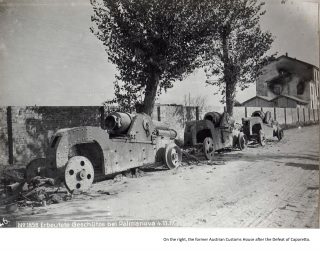 In 1917, after the Defeat of Caporetto, Borgo Piave was born to host 400 refugees swarmed beyond the front line (they came from the left bank of the Piave River; their villages had been destroyed because they were along the new front).

In the postwar period the place was an artillery depot; in 1941 barracks with farriery units, to support the cavalry fighting in Yugoslavia, that had been attacked by Italy on April 6th, 1941. 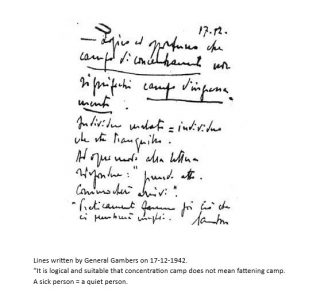 From February to September 1943, it was a huge concentration camp, bigger than today (about 120,000 square metres). 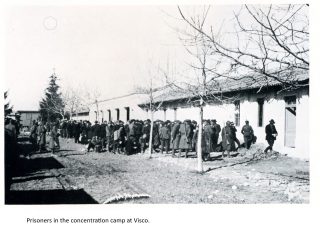 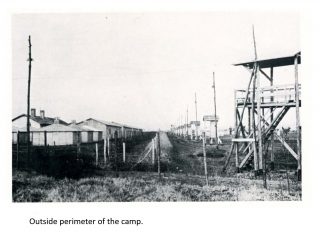 It was used as a depot by Wermacht. In 1944 about thirty partisans from the “GAP Bassa Friulana” (Patriotic Action Group – Tr.’s N.), under the command of Ilario Tonelli (battle name: Martello), stole a lorry with trailer full of arms, through a bold action.

The only one that lost its life was the Marshal’s beautiful Alsatian. It was called Rolf, and had been taught to attack armed people.

After the war the barracks was named after Luigi Sbaiz – awarded a gold medal – who fought with the allied forces going up to Northern Italy.

In 1947 customs officers and Carabinieri going to get back Gorizia were lodged here.

Afterwards it has been barracks where thousands of young people from all over Italy did their national service, until 1996, when it was closed. In 2001 it was given to the Municipality of Visco as a dowry. 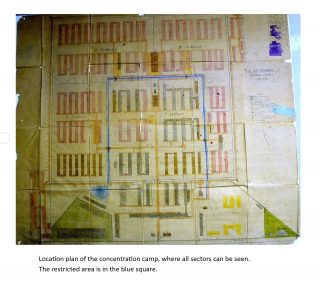 That said, we can’t not state that all that was left of the camp – and the barracks is only a minimal part – is to be kept, mostly by planning. And it has to be linked to the plan for a “Museo del Confine” (Museum of the Border – Tr.’s N.) devised by the writer in the beautiful building of the former Austrian customs, and shared by a number of intellectuals (one for all, Boris Pahor) and citizens. A dynamic  museum, not a jumble of memorabilia; a place of study, discussion, analysis of the situation, which can range from the remnants of Europe that went around hereabouts, for example, during the War of Gradisca (1615-1617), from the ones having the Mittel prefix to the Balkan one, the Scandinavian one, up to the Mediterranean one.

The border can be analysed as a place of economic and cultural exchange (one of the two Maria Theresa’s customs houses was here). “Cultural” in the most noble sense of the word, with all its facets: way of thinking, arts, politico-institutional aspects, analysis of other borders, including the boundaries of the soul, which snakily coil round the Italians’ hearts again. 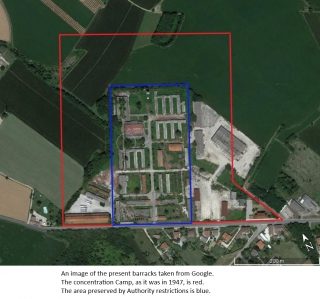 Quasi quasi, besides going on studying all that, this place should devise – through the experts study and analysis – a number of occasions to travel history backwards. That would not be a time-machine fantasy operation, it would involve both cultural meticulousness and the reappropriation of the best human qualities, especially those focussed on “meeting”.

(translation from italian by Juana Cattunar)